In a ruling handed down by the Supreme Court in the long running case of The Harpur Trust v Brazel, it has held that a part year worker, such as a term time worker or fixed term contractor is entitled to the same holiday pay as a full time colleague.

Ms Brazel is a music teacher who was employed as a visiting music teacher with The Harpur Trust working on a zero hours basis when she was paid for the hours worked. She did not work a full working week and worked term time only for the school.  The contract of employment stated that she was entitled to 5.6 weeks paid annual leave in accordance with the Working Time Regulations 1998 and as is common in the teaching profession, she was required to take her annual leave during the school holidays.

In the first instance at the Employment Tribunal, Ms Brazel did not succeed as the Tribunal’s view was that a part time worker would only qualify for a pro-rated holiday entitlement to reflect the time worked so that a full-time worker was not treated less favourably and to avoid a holiday pay bonus for part year workers.    The Tribunal agreed that if a worker had no normal hours of work and worked less than 46.4 weeks a year, holiday pay should be capped at 12.07% of annualised hours.  Ms Brazel appealed to the EAT who allowed the appeal and found that the ET should have applied the calculation prescribed by Regulation 16 of the Working Time Regulations and Section 224 of the Employment Rights Act.   There was it held, no requirement in the working time regulations to pro-rate holiday for part time employees to ensure that full time employees are not treated less favourably.   The Trust appealed to the Court of Appeal.

The Court of Appeal dismissed the appeal and found that the “weeks pay” calculation was the correct way forward even if that resulted in a part year worker receiving a higher proportion of their annual earnings as holiday pay. The Trust appealed to the Supreme Court on the basis that the Court must apply the “conformity principle” developed through EU case law which is retained post Brexit and which requires that the amount of annual leave and therefore pay should reflect the amount of work that a part year worker actually performed and that the leave requirement for part-year workers should be pro-rated to allow for the weeks in which they did not or were not required to work.

The Supreme Court in a unanimous decision dismissed the Trusts appeal holding that the amount of leave to which a part-year worker under a permanent contract of employment is not required to be pro-rated (under either retained EU or domestic UK law) or be proportional to that of a full-time worker. It was not enough for the Trust to show that the method of calculation using a “weeks pay” would result in the part-year worker receiving disproportionately paid leave than other workers and that a more generous entitlement for part year workers does not infringe either the Working Time Directive or the EU Part Time Work Directive. The Supreme Court went on to state that on a true interpretation of the Working Time Regulations, they did not exclude the weeks in which no work was carried out from the reference period used to determine the amount of annual leave entitlement and concluded that the calendar week method was the correct implementation of the Working Time Regulations and fully compliant with retained EU law even though it acknowledged that this will result in part-year workers receiving the same holiday leave and pay entitlements as their full time colleagues.

Employers working in education and those who work with contractors, umbrella companies and agency workers will no doubt be concerned by this ruling which now effectively entitles a contractor having completed a 12-week contract to be entitled to receive the statutory four weeks holiday pay and how these additional payments will be funded. This may create tension with full time and part time employees earning the same or less than their part-year colleagues. There is also scope now for zero hours workers, part year workers, agency and contract workers to bring claims for unlawful deductions of wages in relation to historic unpaid holiday but which will be capped at two years.

For advice or assistance with HR or employment law issues, contact Judith Curran on 01689 887 812 or email judith.curran@cwj.co.uk. 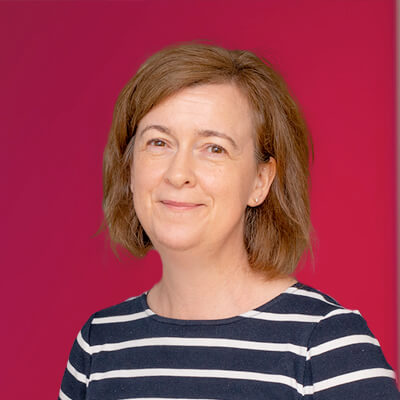